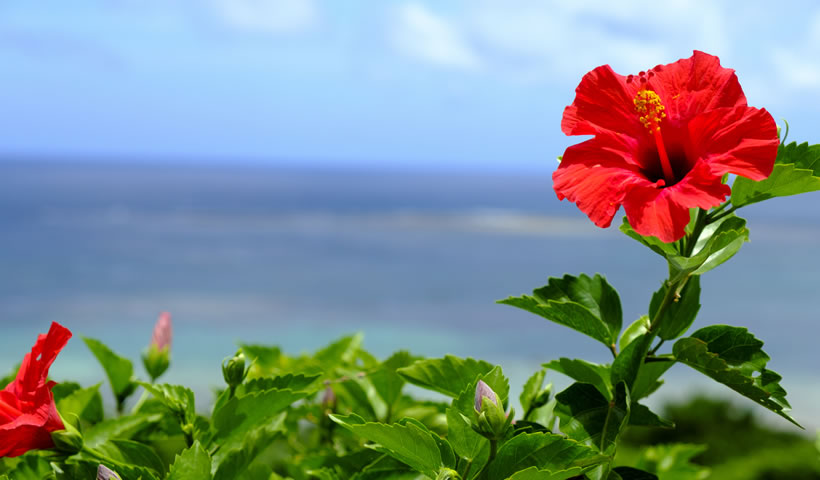 The Japanese archipelago is long and thin, with four distinct seasons. The majority of the land belongs to temperate zones, but the climate can vary greatly depending on the region, especially in terms of temperature and precipitation. Flowers are indispensable when it comes to coloring Japan's four seasons. Recently, many tourists come to Japan to enjoy flowers like lavender, hydrangea, and nemophila. This article will introduce some of the best remote island locations for viewing flowers. 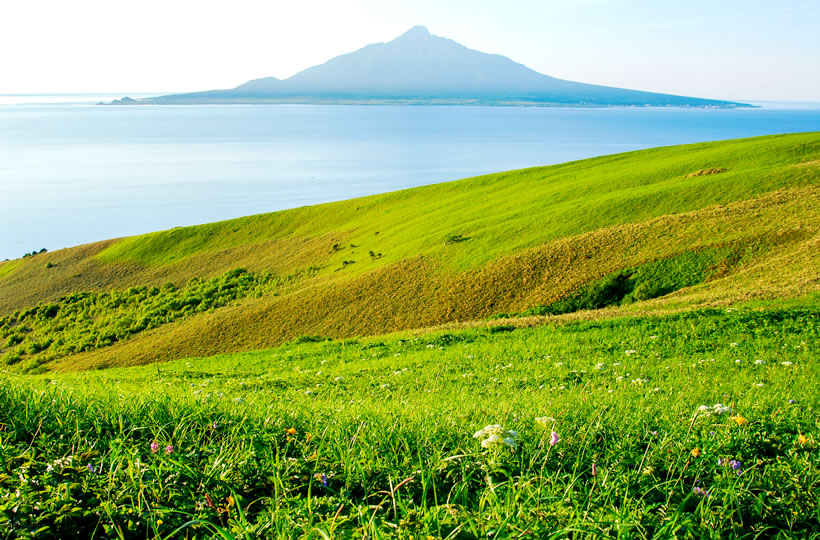 Rebun is located in the northern part of Hokkaido. It is the northernmost remote island in the Sea of Japan and can be reached by ferry in about two hours from the port of Wakkanai.

The isle is rich with nature, home to over 300 species of native alpine plants. May to September is the best time to see flowers, highlights include the dark pink petals of the endemic 'Rebun-kozakura,' coupled with the 'Rebunsou', a leguminous plant. A hiking course on the island lets you come across the flowers while walking through Rebun's beautiful dynamic scenery. 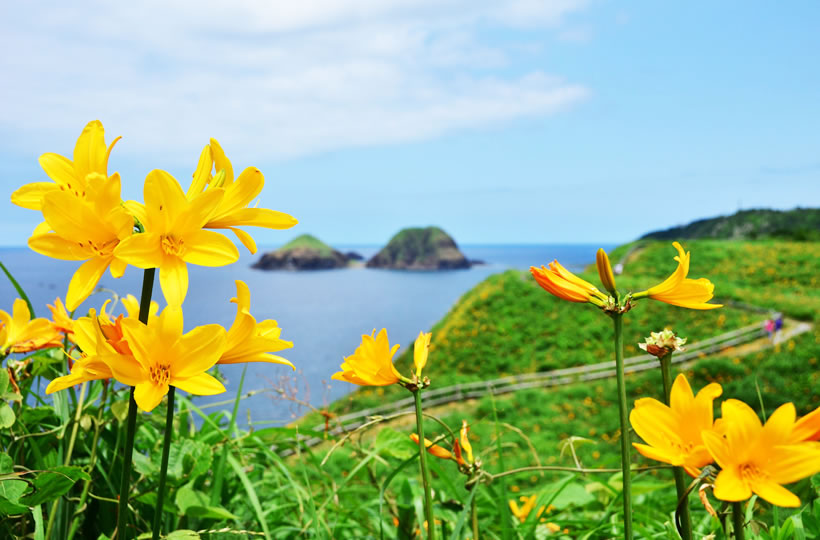 Sado, in Niigata Prefecture, is the largest remote island in the Sea of Japan. It is a popular sightseeing spot, with tourists coming to see its 400-year-old gold mine called Sado Kinzan, in addition to the Toki, an endangered species of bird. Around May or June bright yellow flowers called Tobishima Kanzo bloom.

This flower blooms in only a limited area of Japan, the highest concentration of which is in an area called Onogame in Sado, where you can see up to 1,000,000 of them. A promenade around Onogame provides the best viewing, with the contrast between the yellow flowers and blue sea particularly wonderful.

Ferries and jetfoils to Sado depart from Niigata Port in Niigata city. Crossings take around 1 hour to 2 and a half hours. 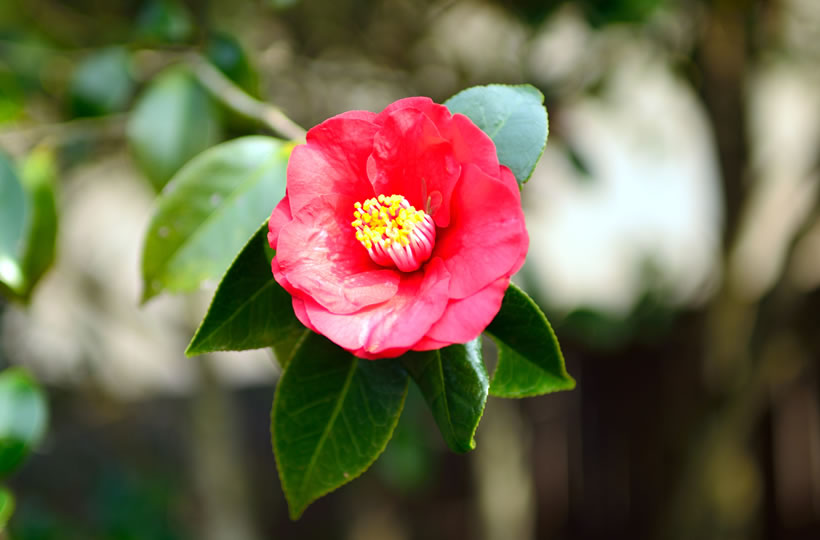 Located in the northern part of the Izu Islands, Izu Oshima is a popular travel destination due to its easy access from the mainland. To get there take the high-speed jet ship from Takeshiba Passenger Ship Terminal in Tokyo, the journey lasts about 1 hour 45 minutes.

The island is known for its tsubaki (camelia) flowers, with up to 3 million usually in bloom from February to mid-March. In April the number of flowers starts to fall, but the sights of tsubaki and Oshima Sakura can still be enjoyed. Tsubaki oil and other tsubaki related products are an island specialty. Events related to the tsubaki are held across Izu Oshima during the blooming season. Guided tours of the island from Tokyo are available, making it an ideal location for those seeking a quick and easy jaunt to one of Japan's remote islands. 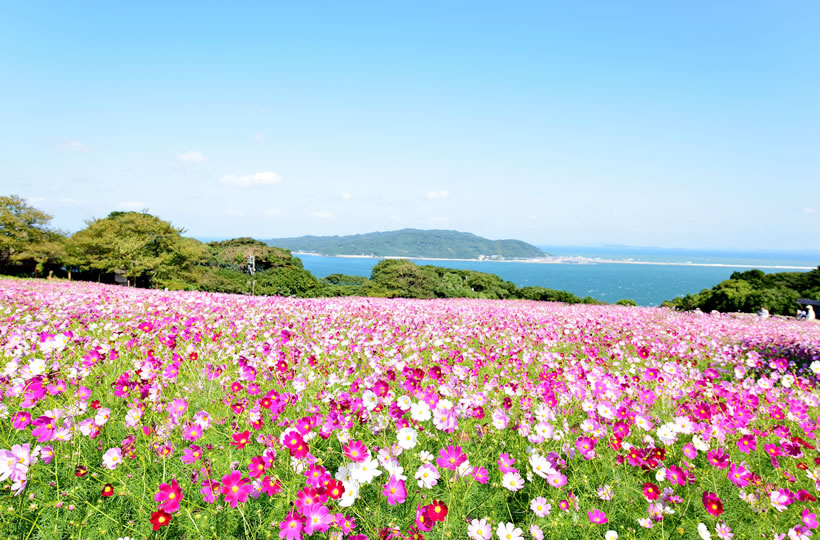 It takes about 10 minutes by ferry from the port in Meinohama, in the city of Fukuoka, to reach Nokonoshima. One of the main sightseeing spots on the island is Nokonoshima Island Park, a large park where you'll find an adventure playground, a mini zoo, and some restaurants. Flowers bloom in this park all year round, but the most famous are called cosmos. About 500,000 cosmos flowers bloom every year in the park's Panorama Flowerbed, which resembles a huge pink carpet. The best time to see them is from early to mid October, with late blooming flowers still seen until early November. In addition, you can see various flowers throughout the year such as the Japanese daffodil from late December to mid-February, canola flowers from early March to mid-April, as well as marigolds, and sunflowers. 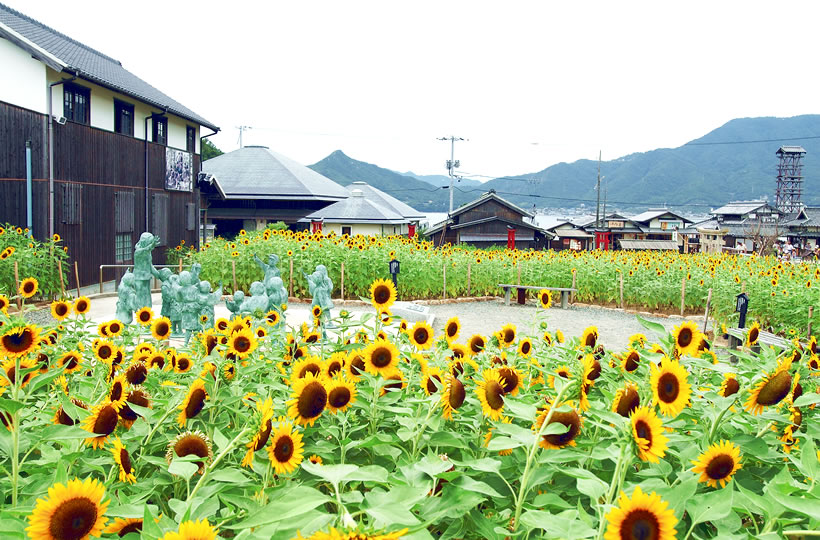 In the Seto Inland Sea you'll find Teshima, a small island that belongs to Kagawa Prefecture, with a population of around 30 people. A high-speed boat connects the island to a port close to Marugame Station in Kagawa Prefecture, the crossing takes about 45 minutes. While this island does not have any spectacular attractions, you can enjoy strolling through its quiet townscape.

One of the island's unique features is the sunflower fields that can be seen along the roads of the village near the Nishiura coast. The sunflower fields are carefully nurtured by the local residents. The best times to see the sunflowers is from early to mid-July. The season may be short, but the large yellow flowers are not to be missed. 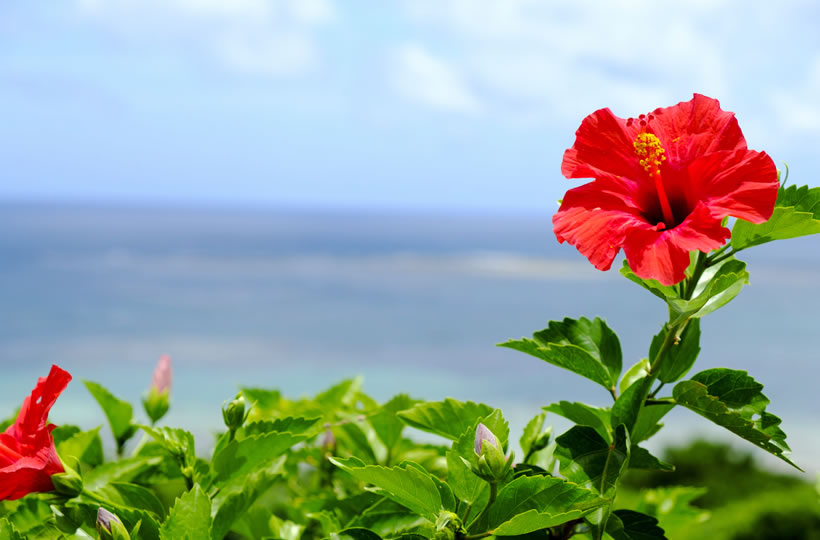 The Yaeyama Islands are the southernmost in Japan, about 400 km away from the main island of Okinawa. Unique cultures rich in nature have developed on islands such as Ishigakijima, Taketomijima, Haterumajima and Iriomotejima, and the year round mild climate has secured Yaeyama's place as a popular tourist destination.

A wide variety of flowers can be found throughout the archipelago such as the deigo, the official flower of Okinawa Prefecture, plumeria that are native to the West Indies and Latin America, and higanzakura, a dark pink type of cherry blossom. Hibiscus and bougainvillea can also be seen regardless of the season. Outdoor activities, watersports, and hiking can all be enjoyed out here, so it is recommended to hire a car and spent a couple of nights making your way around the islands.